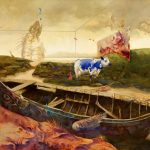 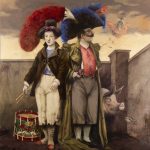 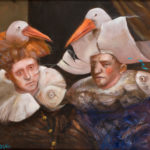 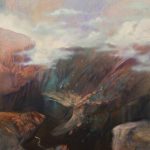 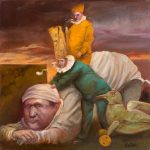 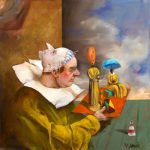 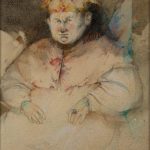 Born in Madrid in 1949, became known in the contemporary scene for his Spanish figurative paintingn thanks to his creative talent.
Painter and engraver. In his youth he followed in his father’s footsteps. He worked as publicist before devoting himself to his art.
His iconography is totally personal with  inspiration from both magical realism and critical surrealism.
Intent on getting to the end of  his pictoral technique,  the genesis and realisation of each painting requires lengthy work.
International exhibitions : Madrid, New York, Séville, Saint Jean de luz.